A recent documentary on Ernie Pyle is just released. I guided and drove the producer and the cameraman on the landing beaches. My name appear at the credits. 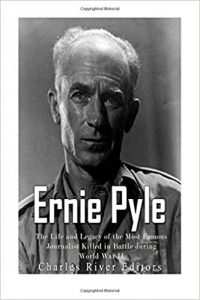 Burrial place of Queen Mathilde (wife of Guillaume, King of England, and Duke of Normandy).

A long day for celebrating the foundation of one of the most wonderfull romanesque church in Normandy. Exhibitions, Choir and concert, historical camp and combats, large video on the facade at night.

Next October 14th will be held the 950th anniversary of the battle of Hastings in England.

M Sébastien Olard has invited almost 100 pupils of nearby schools to meet M de Gaalon, French resistant , Bernard Dargols, US veteran who landed in Omaha and a British veteran who landed at Gold. They were both impressed by the way youth are keeping the memory alive. 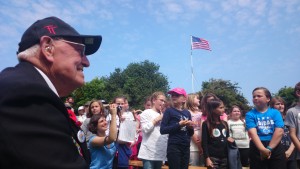 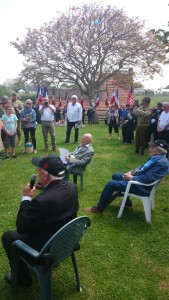 Anniversay of the liberation of the town by the 47th Royal Marine Commando landed on DDay at Asnelles (Gold Beach). 3 monuments are devoted to the 47th. The one on the western cliff offers a breathtaking view on the harbour. 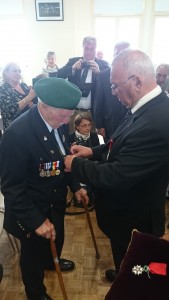 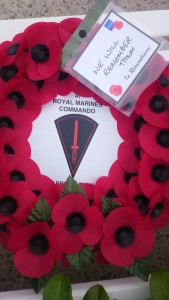 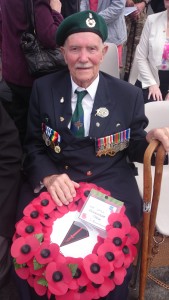 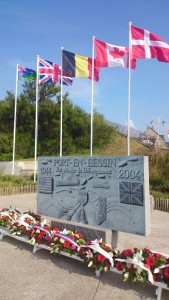 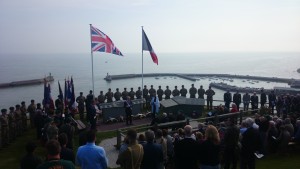 BAYEUX:  In the Cathedral the Royal Britsh Legion was helding its ceremory with religious and civil authorities along with some British veterans.  Mr Terry Whittles, National Chairman of the British Legion,  read the following exhortation in remembrance to the fallen:

“They shall grow not old as we are left grow old,

Age shall not weary them, nor the years condemn.

At the going down of the sun, and in the morning”

We will remember them 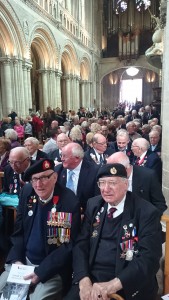 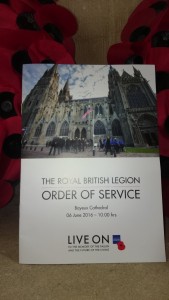 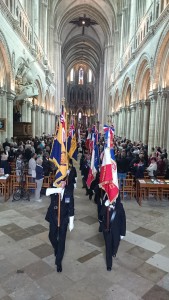 Sainte Marie Abbey at Longues sur mer opens its door for discovering its gardens. The abbey is part of my heritage program. More details on the abbey on our pages and on www.bayeux-gite.com.

More informations on the Rendez vous aux jardins on www.rendezvousauxjardins. 2300 gardens in France are open during the week end. Enjoy your visits. 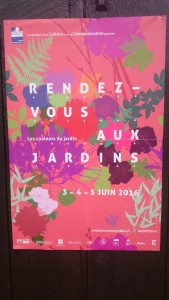 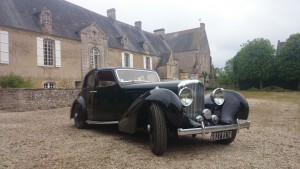 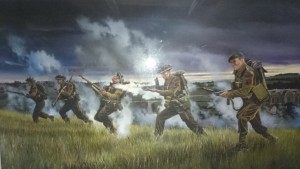 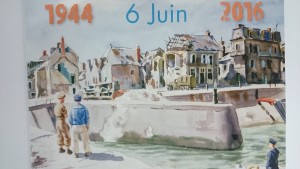 The international ceremony of the aniversary will be held at Port en Bessin for the 1st time. It is organised by the DDay Committee (I’m the Secretary).

Port en Bessin has been liberated by the British soldiers of the 47th Royal Marine Commando on the 7th of June 1944 after their landing at Asnelles (Gold Beach) on the 6th.  Port en Bessin became the petrol harbour after building a pipe line under the sea. It was the place where the American army (landed at Omaha) and the British army made their link. 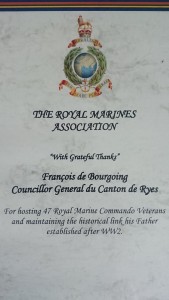 From May 28th untill June 12th, the 10th edition of the DDay festival will present in every places of of the landing beaches 130 events like parachute demonstrations, parades of military vehicles, fireworks, military camps reconstitution, air shows, giant picnic at Omaha Beach …

All the details on www.ddayfestival.com 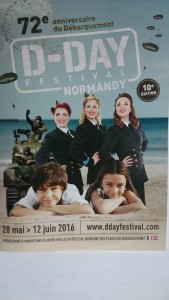 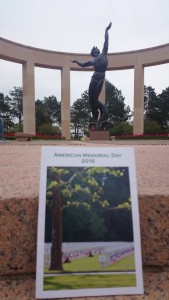 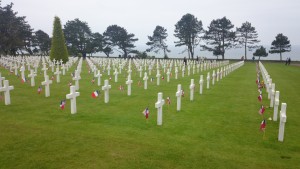 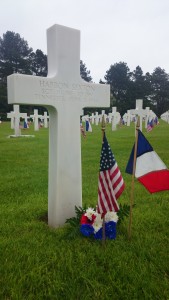